Los Angeles is definitely one of the most popular tourist destinations in the US, and the world at large. The fact that it is also one of the largest cities in the country, and home to a huge collection of attractions makes hiring a tour bus to help you make the most of your time when sightseeing a great idea.

Riding a tour bus to famous LA attractions ensures that the fun does not end when you leave a given location, headed to the next.

Below you will find a list of the top three party bus destinations to include in your next LA sightseeing outing.

The City of Los Angeles partly owes its rise to prominence the world over to the big screen. Home to Hollywood, and a huge number of its stars, the city is by all means the heartbeat of the big screen as we know it today. The Hollywood Walk of Fame is the city’s way of appreciating the contribution made by celebrities in shaping its identity to what it is today.

Visitors can take a moment to check out the name(s) of their favorite Hollywood stars written in gold on pink colored terrazzo on a one of a kind pavement. If you wish witness a star ceremony, you can time your visit to be in line with the unveiling of a new star.

Los Angeles only has one baseball team and that’s the LA Dodgers. If you’ve ever been to Dodgers stadium for a ball game or concert then you know the parking situation can be a nightmare. Now with a party bus. Pick up and drop off are as easy as you want them to be. It’s also a lot more fun when you plan to go to a game with a bunch of friends and instead of all trying to drive separately, you can ride together. That also means a safer environment for everyone since the group will most likely be throwing a few drinks back at the game. One of the things we recommend before the game if you and your group are up for it is checking out some of the local LA breweries.

The LA nightlife is fun and exciting to say the least. There are numerous popular nightspots in the city, among them, Saddle Ranch. Home to the only mechanical bull in the city, this attraction is also known for its sumptuous food and exciting live entertainment. To make things even better, the establishment has locations in Orange County, Hollywood and Universal City; meaning that you can choose one depending on where your party bus tour takes you.

Hiring a local service like Party Bus Group Los Angeles will give you the best opportunity to visit as many LA attractions as possible without interrupting the fun. Visit our West LA location at 2234 Barry Ave, Suite 103, Los Angeles, CA 90064. 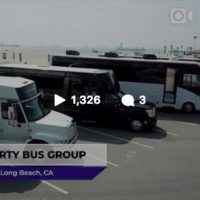 
Website disclaimer - Privacy Policy
The information contained in this website is for general information purposes only. The information is provided by Party Bus Group, LLC and while we endeavour to keep the information up to date and correct, we make no representations or warranties of any kind, express or implied, about the completeness, accuracy or availability with respect to the information, products, services, vehicles or related images contained on the website for any purpose. Any reliance you place on such information is therefore strictly at your own risk. Every effort is made to keep the website up and running smoothly. However, Party Bus Group, LLC takes no responsibility for, and will not be liable for, the website being temporarily unavailable due to technical issues beyond our control.